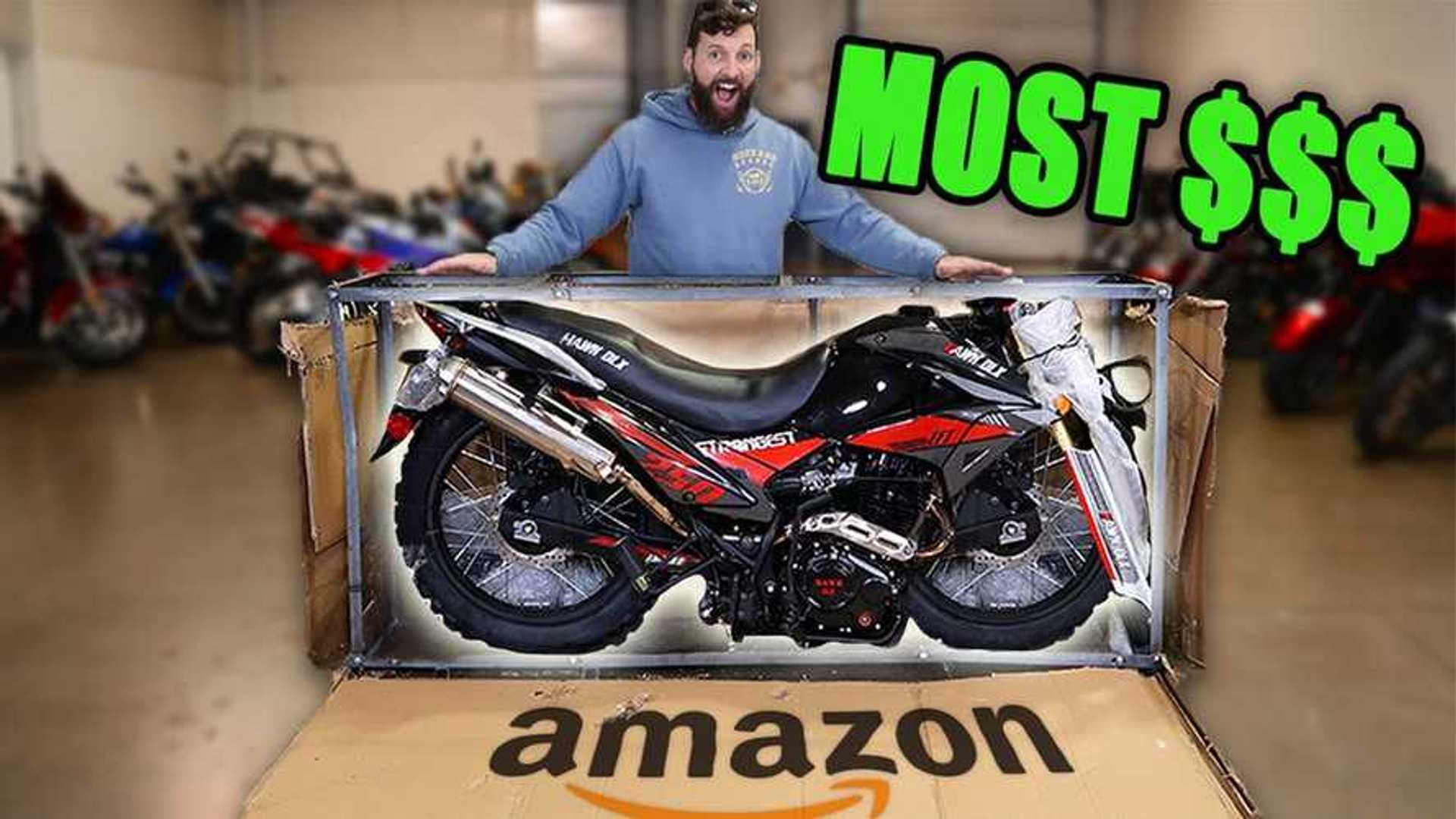 I’ve written about the Hawk 250 before, a cheap Chinese dual sport that promises both on-road and off-road experience for a lot less money than a branded motorcycle. I ended up making a deal on a Kawasaki KLR 650, but seriously considered buying one instead. Bikes and Beards just bought a Hawk DLX, an updated version of that bike, from Amazon, of course, because that’s how they ride.

The Hawk DLX sells for $ 2,049 on Amazon. It’s close to what I paid for my KLR. Overall my KLR is the far superior bike. The Hawk does, however, offer a number of features that I don’t have. The main one is electronic fuel injection. This has only become common on motorcycles in recent years. Although my KLR is from 2005, the design is basically unchanged from the 1980s. Between fuel injection and digital gauges, the Hawk has a clear advantage here. No need to play with the starter on these cool autumn mornings to warm it up.

Is fuel injection worth the other “quirks and features” that come with an affordable Chinese motorcycle? As with the original Hawk, it comes in a crate, with some assembly required. This is a good opportunity to check the entire bike for assembly issues like loose bolts or parts that don’t line up. It is not a question of whether this happens, but when.

The overall construction still does not match that of an equivalent brand motorcycle. The frame is made of tubular steel rather than aluminum. To make room for the exhaust, they simply pinch the frame down tube, weakening it considerably. For the way most people will use these bikes, this is not a sufficient problem, but it is a clear sign of the cost reduction that comes with it.

Comparing the Hawk DLX to my KLR is not a fair comparison. A fairer comparison would be with a modern motorcycle like a Honda CRF250L. The Honda is a much superior motorcycle, but it also costs $ 5,199, more than double the price of the Hawk DLX. If you want the Honda but don’t have the budget, the Hawk looks pretty darn good. This is the first impression of Bikes and Beards after assembly and a quick test drive. It’s “a million times better” than the original Hawk 250 and “a viable option for a cheap motorcycle”.

Coming up, they plan to make a direct comparison between the Hawk DLX and an equivalent Japanese bike. Personally I’d like to see a three-way comparison – the Hawk DLX, a new 250 dual sport like the CRF250L and a used dual sport Hawk priced like my KLR 650. Let me know if you would like to borrow. my KLR …