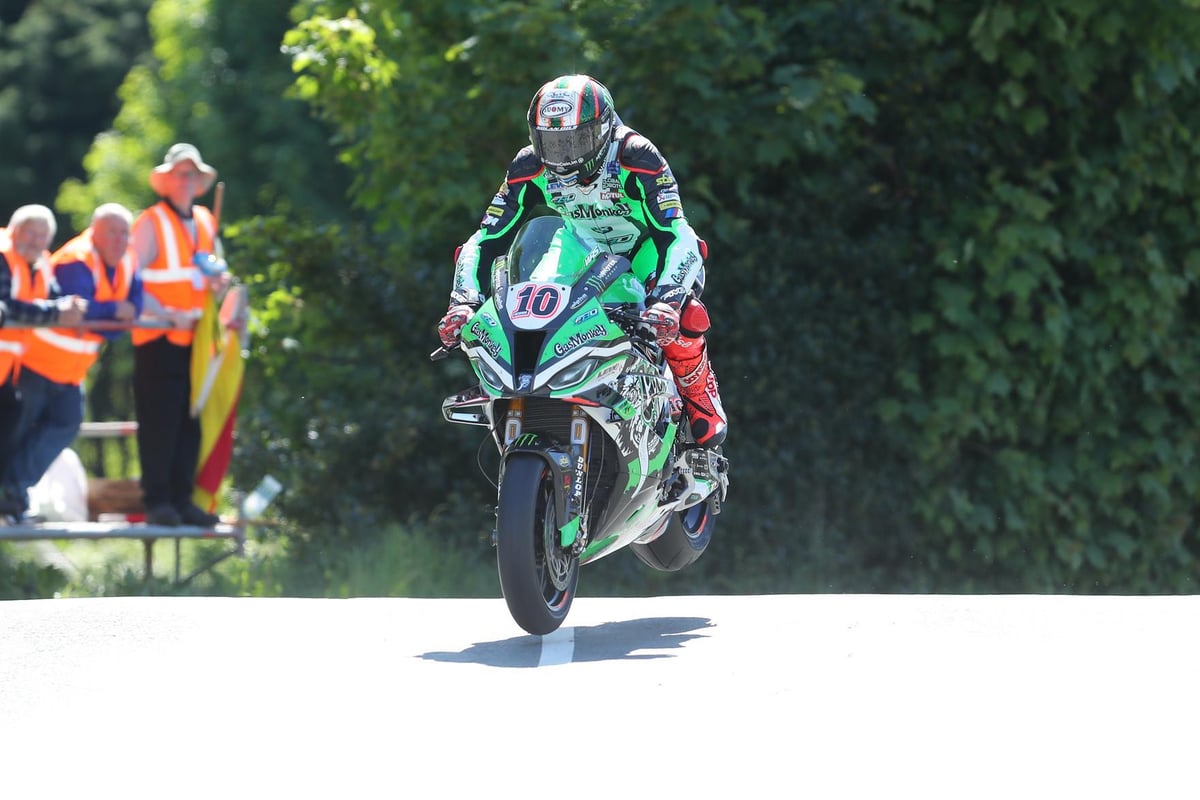 The 35-year-old put Sunday’s electrical problem with the Gas Monkey Garage behind him to pull up the wick, recording a lap of 129.37mph from a standing start before dropping to 130.719mph in just his second lap fast so far on the M1000RR Superbike in TT Practice.

Even at this early stage, his all-time lap record of 135.452mph – set on the final lap of the 2018 Senior as he battled for victory with Dean Harrison – looks set to be broken.

Any projections of slower speeds at the TT this year after back-to-back cancellations in 2020 and 2021 due to the Covid-19 pandemic were dashed after two strong opening qualifying sessions, although the prospect of rain on Tuesday evening could temporarily delay all laps from 132mph or 133mph until later this week if the program is discontinued.

Register to our daily newsletter

The impressive Davey Todd only got one lap on his Milenco by Padgett’s Superbike after doing two laps on his Superstock machine, but the 26-year-old’s time was still good enough for the third last night, with Todd managing 128.014 mph from an early classification. His fastest lap in Superstock, which topped the class standings, was even faster at 129.58 mph.

Pacesetter Hickman said: “We had a little electrical issue with the Superbike on Sunday so I only did one lap at 119mph.

“The bike worked well in fourth, fifth and sixth gears, but the first three gears were problematic. It took me a while to figure out what was going on.

“The bike would stutter and then free itself, so I made sure to stay away from everyone and get it back,” he added.

“But we sorted everything out and it was fine there. I’m quite happy and I was quite relaxed from the start. It was my first two laps on this bike and the conditions were better than I expected.

Hickman also led the way on his Trooper Beer Triumph 765 after taking his Supersport bike out for a single lap, setting a speed of 122.324mph to lead Magherafelt man Paul Jordan (PreZ Racing Yamaha), who did 121.711mph, while 2019 winner Lee Johnston was third fastest on his Ashcourt Racing Yamaha at 121.353 mph.

“I only rode the Triumph for the first time on Sunday,” Hickman said.

“I was just putting new brakes and pads on but the bike never missed a beat and it absolutely sounded like an ace going through Kirk Michael, with the sound echoing through the houses.

“It’s fitted with a Moto2 Akrapovic pipe and the sound is awesome.”

Ulsterman Michael Dunlop completed three laps on his Hawk Racing Suzuki GSX-R1000RR after extensive modifications were made to the bike from Sunday when the 33-year-old was reportedly unhappy with the machine’s set-up.

Dunlop’s fastest lap of 127.944mph put him fourth in the Superbike standings, with 23-time TT winner John McGuinness finishing fifth with a lap of 127.771mph.

Sam West finished sixth at 126.903 mph on his BMW. The Cheshire driver was then involved in an accident at Laurel Bank, which caused a red flag minutes before the official end of the qualifying session.

A fire broke out at the scene, which was quickly extinguished. West suffered leg and hand injuries in the crash and was airlifted to Noble Hospital.

A number of other riders also came out, including Irish road racing regular Michael Sweeney, who crashed on Stage 11. The Skerries man was described as having possible arm and leg injuries and was airlifted to Noble’s home.

James Chawke and Jonathan Perry crashed out at Union Mills and Cruickshanks respectively, escaping injury, while newcomer Ilja Cajouw came off at the 27th milestone. The Dutchman was later released from hospital.

In the Superstock class, Todd’s 129mph lap gave him first place in 13.714 seconds behind teammate and Manx favorite Conor Cummins (127.91mph), while Dunlop was third on his MD Racing Honda at 126.597mph after have completed a single lap on the Fireblade.

Manx resident Nathan Harrison, competing in the TT for the first time after winning the Manx Grand Prix in 2019, impressed in fifth on his Honda, spinning at 125.67mph.

Cork’s Mike Browne, back in action at the TT after missing the Tandragee 100 and North West 200 through injury after breaking his ankles in a crash at the Cookstown 100 in April, finished 14th on the Burrows Engineering / RK Suzuki after taking a ride.

Brown was also 10th fastest in the Supersport class on the Burrows Yamaha, completing two laps on the YZF-R6.