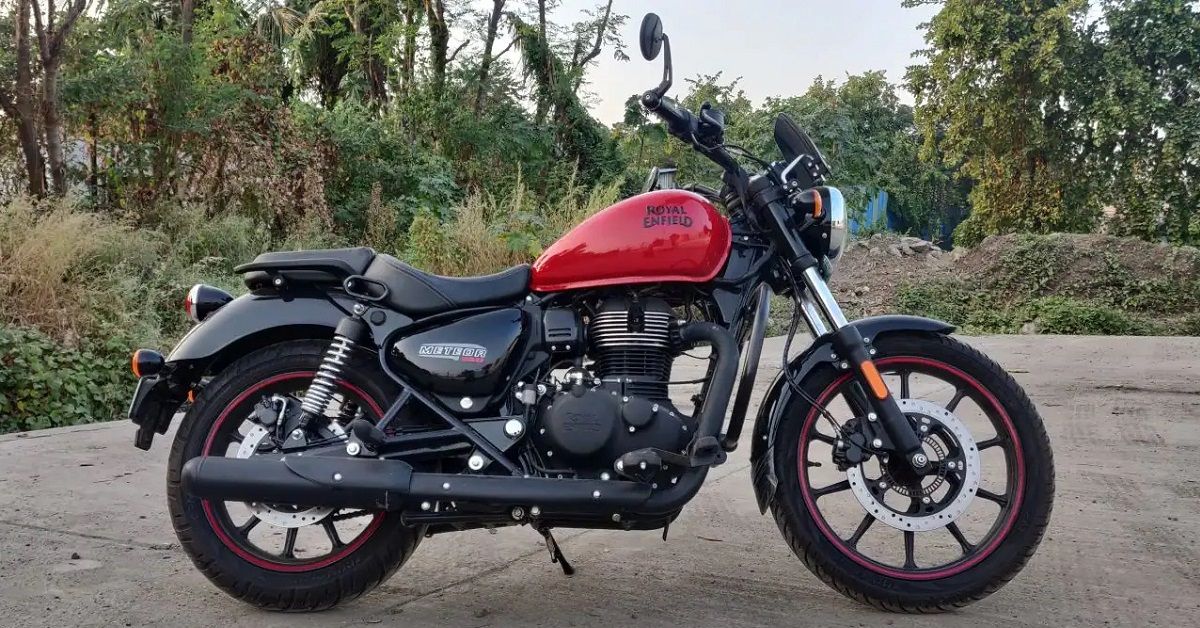 In America, Royal Enfield has been making waves with its new Meteor 350. Launching at the end of 2020, this cruiser only costs between $4,686 and $4,886 depending on the version, making it the best option. most affordable in America among cruiser bikes. Many things about this bike have been tweaked and changed for greater efficiency and effectiveness, and new technologies have also been incorporated into the Royal Enfield Meteor 350.

Read on to learn more about Meteor 350 pricing, as well as which features are most popular with riders.

Related: 10 Things Every Motorcycle Enthusiast Should Know About The 2022 Royal Enfield Interceptor 650

The public seems to be thinking of the Royal Enfield Meteor 350 after several test drives. It was noted that it handles admirably on well-paved roads, although its performance slips a bit on wet and gravel roads. It was mentioned how the rider gets a comfortable position, thanks to a low seat, strategically placed handlebars and feet that can move forward, with its gear shift pedal allowing the rider to use their foot or heel to change gears .

The Meteor 350 is a smooth ride, running without too much vibrational interference from the engine, which would typically be felt through the seat and handlebars. Higher speeds, however, tend to produce more vibration, although this is still a bit weak compared to other bikes.

The suspension is also lauded for being strong, never bottoming out, and its fuel economy is pretty good too. While the Meteor 350 doesn’t secure luggage as well as riders might hope, unlike the Himalayan model, there is enough ground clearance that riders can travel without being too low to the ground, even off-road. That said, the Meteor 350 is not designed for off-roading, as it is primarily a touring motorcycle. The Meteor exploded in popularity, with Royal Enfield reporting 8,000 bookings in a month.

The Meteor 350 has global appeal

What was initially seen as a bike made exclusively for Asia, quickly spread to Europe and then to the rest of the world. Intended to replace the Thunderbird, its small displacement mixed with its lack of power gave the impression that it was destined only to arrive in Asian markets. Royal Enfield have gone out of their way to derail this impression, as their two technical centers in the UK and in Chennai, India have collaborated on the Meteor 350, making it more of a European model.

The motorcycle aims to go global with its reach and appeal as Royal Enfield wants to be a global motorcycle manufacturer. To add validity to this point, the Meteor 350 is the first motorbike made by Royal Enfield that meets Euro 5 emissions regulations. It is also quite affordable and lends itself to being a user-friendly base model for new cyclists.

In terms of price, the Meteor 350 can cost between $4,686 and $4,886, depending on the model purchased. The Fireball is the cheapest model, the Stellar is in the mid-range, while the Supernova is the fanciest and most expensive model.

Related: 10 Things Every Motorcycle Enthusiast Should Know About The 2022 Royal Enfield Continental GT 650

Intriguing inner workings of the Meteor 350

An all-new air-to-oil cooled engine with a four-stroke engine is at the heart of the Meteor 350’s inner workings, and it only gets newer from there. The chassis, for example, is known for its durability and strength, surpassing that of its predecessors. It was also designed for stability and maneuverability without having to sacrifice comfort. This new frame also allows for better cornering and better driving on city streets.

The electronic fuel injection system delivers smooth, manageable power, and so its torque is mostly low-end. It produces 19.9 lb-ft of torque and 20 hp. Additionally, the counterweight makes the engine much smoother compared to other single-cylinder Royal Enfield models. Alloy wheels and a twin downtube spine frame are featured, along with telescopic front fork suspension. Front and rear disc brakes come standard with dual-channel ABS and a five-speed transmission is part of the package. The Meteor 350 tank can hold nearly four gallons of fuel.

Some of the bikes technological characteristics make their debut here, although the bike as a whole does not emphasize technology. Royal Enfield have never used the Tripper navigation system before, although they decided the Meteor 350 was a good place to start. Tripper gives step-by-step instructions through an intuitive real-time display system. Two circular displays sit in front of the handlebars, displaying navigation and other features, such as fuel level. That said, the speedometer is still analog. Royal Enfield also has its own apps that allow smartphones to use Bluetooth to connect to bikes.

Kenny holds a Bachelor of Science in Communication from Indianapolis University. He has since been a journalist and has written for three newspapers after graduating. Kenny also has experience editing websites using WordPress, and he led a newspaper team to produce two issues during the 2012 Indianapolis Super Bowl. Kenny was hired on Valnet to write list articles in March 2020. In his spare time, Kenny is often socializing with friends, practicing karate, reading comics, discussing the Enneagram or at a game night.