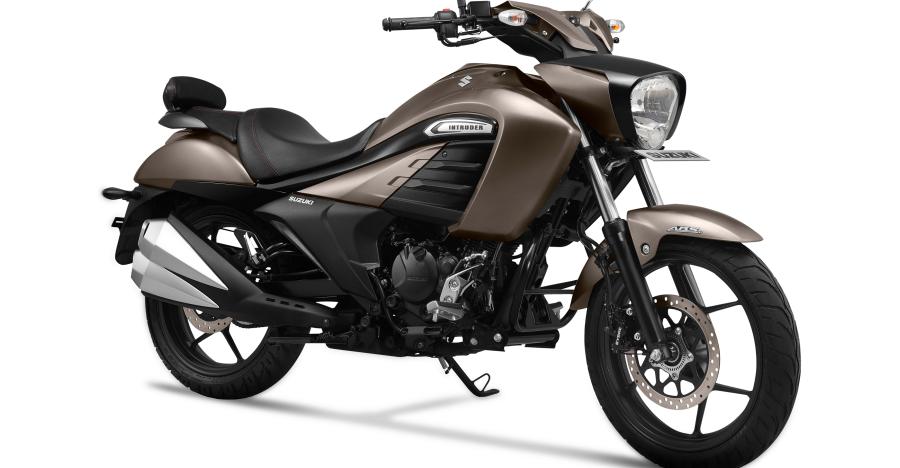 Suzuki Intruder 155 cruiser gets a makeover for 2019: launched

Suzuki Motorcyles India has launched the redesigned 2019 Intruder 155 cruiser motorcycle. The motorcycle received many improvements thanks to the facelift. It is priced at Rs. 1.08 lakhs, ex-Delhi showroom. As for the upgrades, the Suzuki Intruder 155 receives a new Metallic Matte Titanium Silver paint scheme, updated gearshift design, improvised brake pedal and passenger backrest. The engine and gearbox remain unchanged, as do the mechanics.

Commenting on the launch of the updated motorcycle, Mr. Devashish Handa, Vice President of SMIPL, said:

We are excited to start the new fiscal year with the launch of the new INTRUDER that will fascinate customers for a relaxed ride. With its modern design and premium appeal, the Suzuki INTRUDER is an ideal motorcycle for all cruiser enthusiasts in the country. The INTRUDER 2019 will offer a calming daily commute as well as short weekend rides.

The Suzuki Intruder 155 continues to retain the 155cc four-stroke engine borrowed from the Gixxer. This engine produces 14.6 Bhp of peak power and 14 Nm of peak torque. The four-stroke engine is an air-cooled unit that is carburized and has a two-valve head. A five-speed manual transmission is standard.

The motorcycle is fitted with an LED headlight as standard. Notably, Suzuki ditched the non-ABS version of the Intruder from the market, and the bike is now available as a single variant, with single-channel ABS as standard. The bike weighs 148 kilograms and has a fuel consumption rating of 44 kmpl.

The Intruder competes with the Bajaj Avenger in the Indian market, but is priced much higher than the Avenger 150. With the Intruder, Suzuki has attempted to recreate a big motorcycle feel, and it has more or less worked because buyers seem to go for the bike in a big way. However, in terms of numbers, the Bajaj Avenger is still ahead thanks to its value price tag.
Other relatively affordable cruiser motorcycles available in the Indian market are the Royal Enfield Thunderbird 350/500 and the UM Renegade line of cruisers. However, these motorcycles are much more expensive than the Avenger and Intruder. They are also much more powerful. Other cruisers in the Indian market can be found in the Rs. 5 lakh + category. From Harley Davidson to Kawasaki, a range of motorcycle manufacturers offer cruisers. However, these cruisers are not intended for everyday use like the Intruder and Avenger. They are mainly intended for riding on weekends.

Is this the best touring motorcycle of all time?