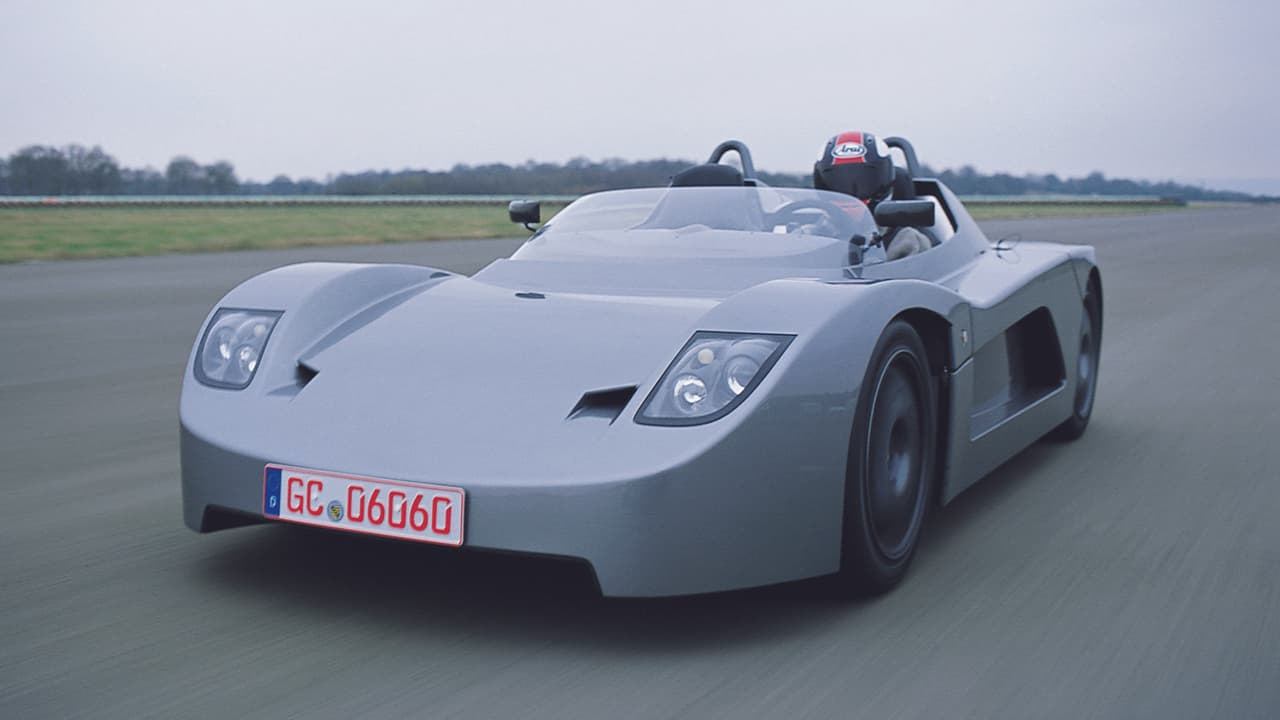 Retro review: relive our 2003 Automotive Solutions AS One Reviews 2022 drive

Just a few years ago, racing around a disused bus garage in a go-kart with a lawn mower engine was pretty much the only way for most of us to experience the thrill of driving on racetrack.

But now, with every disused circuit and airfield in the country opening for track days, it’s easy to spend more time on the track than your Grand Prix heroes, especially if they’re driving for Jaguar.

The phenomenal growth of track days has also spawned a new breed of cars. Over the past few months we have featured the Westfield XTR2, Radical SR3, Leading Edge 240RT and Vemac RD190. Good toys, lots of them. Designed for maximum action on the circuit – and minimum use on the road.

And now here’s another one – the Automotive Solutions AS One. In fact, it’s a bit unfair. The ONE is not just another racing car. The attention to detail in the design and construction of this car is amazing. This is the very first prototype, but the finish is superb. Each component was designed in 3D on a computer, the tubular structure was laser cut, the carbon fiber body moldings were CNC machined, all techniques used by major car manufacturers.

Unlike the other track day specials mentioned, the One will be fully homologated and crash tested, and it will come with a two-year warranty. What makes this all the more remarkable is that it was made by just two men – German Felix Feuerbach and Briton Jeremy Vick, who built this prototype himself by hand. OK so they had a little help from Opel here and there, and were able to pull some strings on the place with the help of a former BMW board member, but otherwise it was just Felix and Jeremy.

The plan is to start production in the summer of 2003, when the One will cost around £30,000. So what, apart from a nice finish and lots of computer-aided design, do you get for one and a half times the price of a Westfield XTR2?

The principle is substantially the same. Beneath the sharply styled open two-seater body is the engine of a Suzuki Hyabusa motorcycle. It is mid-mounted and drives the rear wheels via a smart differential designed by racing specialists Quaife. The motorcycle’s six-speed sequential gearbox is retained and, in the One, is operated by paddles on the steering wheel, although currently the clutch pedal is used conventionally.

The chassis is a tubular spaceframe, the suspension is fully adjustable, the underside of the car is flat, incorporating a venturi and diffuser to keep the car grounded at high speeds without the need for a large wing. Other neat touches include a detachable steering wheel and a multi-function Stack instrument display.

The seats are custom race numbers with weatherproof leather upholstery, full race harnesses, and even removable seat cushions so you don’t mark them when getting in and out of the car (because it doesn’t have no doors).

Thank you for subscribing to our newsletter. Watch for your regular roundup of news, reviews, and deals in your inbox.

Get all the latest news, reviews and exclusives, straight to your inbox.

The Suzuki engine produces 235 hp, and the weight of the production cars will be about 600 kg. Performance claims are 0-60mph in four seconds and a top end of 150mph – aided by a long sixth gear not fitted to this prototype.

Just getting in and starting the One is an event. With lots of practice a very cool Bo and Luke Duke style jump could be done, but the first few times it’s all about lifting one leg high out to the side and sort of falling. on) the driving position is superb and this car hasn’t even been tuned for me. The pedals and steering wheel can be adjusted from the factory to suit the owner exactly.

To start the engine, I turn a key, flip an off-center, airplane-style latch, then press a rocker. The Hyabusa engine screams instantly at 4,000 rpm. Amazingly, the One will come out of the idle line and that seems like the best way to start. I briefly switch to second before applying full power. Once the Hyabusa engine hits 6,000 rpm, the One really gets going. In final production models, full throttle shifts will be possible, but today I have to back up between gears, after which a pool of flames explodes from the exhaust in proper Batmobile fashion.

The gear selector takes some getting used to and I miss the occasional change but the car was hastily prepped for the Top Gear TV boys and I’m willing to forgive Felix and Jeremy for that little glitch because the rest of the car feels so right and I doubt I got around the Top Gear test track much faster. There’s no doubt that the AS One is as enjoyable a ride as it gets.

I wear a full-face helmet, but there’s little jolt, suggesting the One could be ridden on the road without a cover. It’s also been designed with more ground clearance than its rivals to make it more road-friendly, while the suspension isn’t too firm even when rigged up for track use. A tonneau cover will be offered, although there are no plans for a roof or windows.

The One isn’t the cheapest track special, but it’s much more road-friendly than a Westfield or Radical. And even the prototype is put together better than those two.

Please excuse the horrible pun, but I really want one.

“It was an amazing and very beneficial start” – Brad Binder