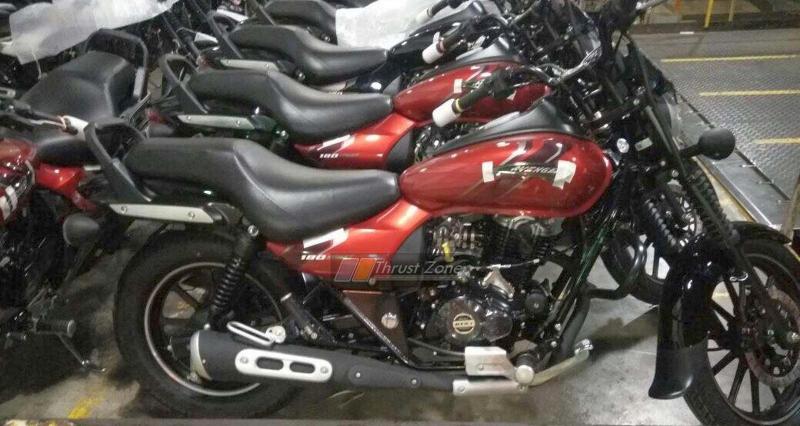 Prices for the upcoming Bajaj Avenger 180 cruise bike have leaked. Prices start from Rs. 83,400 (ex-showroom, Mumbai), making the new bike around Rs. 10,000 cheaper than the bigger engine Avenger 220. Reservations are open at Bajaj dealerships and deliveries will start from late February or early March. The Avenger 180 sits between the 150cc and 220cc models and is expected to market itself as an economical alternative to the recently launched Suzuki Intruder 150.

The bike will borrow its 180cc four-stroke engine from the Pulsar 180 DTSi. On the Pulsar, this engine develops 17 Bhp-14.2 Nm, and is mated to a 5-speed manual gearbox. On the Avenger 180, the engine could benefit from a modified gearing for better low and mid-range performance. The engine is carbureted and no fuel injection is offered, even as an option. There may also be slight changes in the power and torque outputs.

Design-wise, the Avenger 180 has a similar styling to the 2018 Avenger Street 220. This means blackened engine and cycle parts, alloy rims, a hood around the headlight, a black finish. mate for the exhaust, a new seat and a new handle. rail – all items borrowed from the larger motor model. A key change on the Avenger 180 is that it lacks the digital instrument cluster offered with the Street 220. 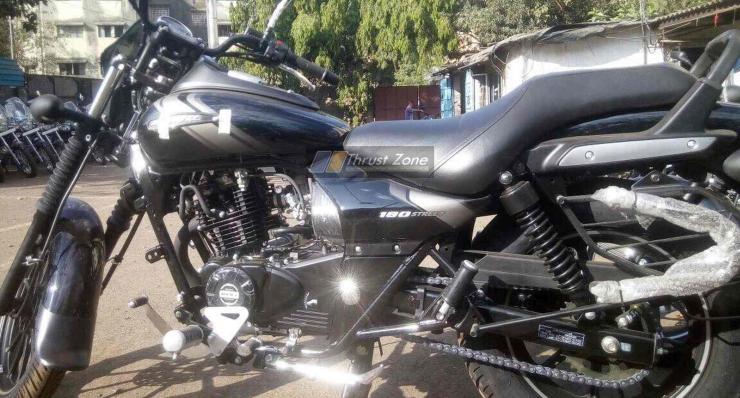 Instead, an analog instrument cluster would be offered. The cruiser receives similar cycle parts such as telescoping front forks at the front and gas shocks at the rear. There is a disc brake up front and the rear wheel receives a drum brake. No ABS is offered at this time, but by April 2019 Bajaj will have to offer at least one single channel ABS unit on this bike to comply with the new Indian government’s two-wheeler safety standards.