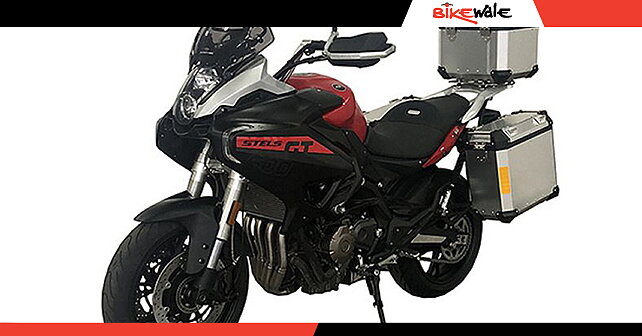 Benelli is working on a series of motorcycles and the new 650 GT is one of them. A photo of the next-generation model of this mid-weight motorcycle has been leaked online.

From this image, it’s clear that the brand has stuck to the same big, bulky design language. But for 2021, there are a lot of aggressive lines across the body. The bike now has a touch of adventure, thanks to the presence of large saddlebags, hand guards and a wider and higher handlebar. This bike can also be seen with a larger windshield.

One of the biggest changes on this bike has been made to its engine. It is now bigger and more environmentally friendly. The 600 cc four cylinder engine was heavily worked into a 650 cc. While the actual displacement is 628cc, the power output will likely remain that of the old bike.

Like the rest of its new models, we expect Benelli to load the new 650 GT with a sophisticated instrument cluster as well. Other than that, expect it to be better equipped and at a decent price. Benelli India will definitely bring this bike to India next year.