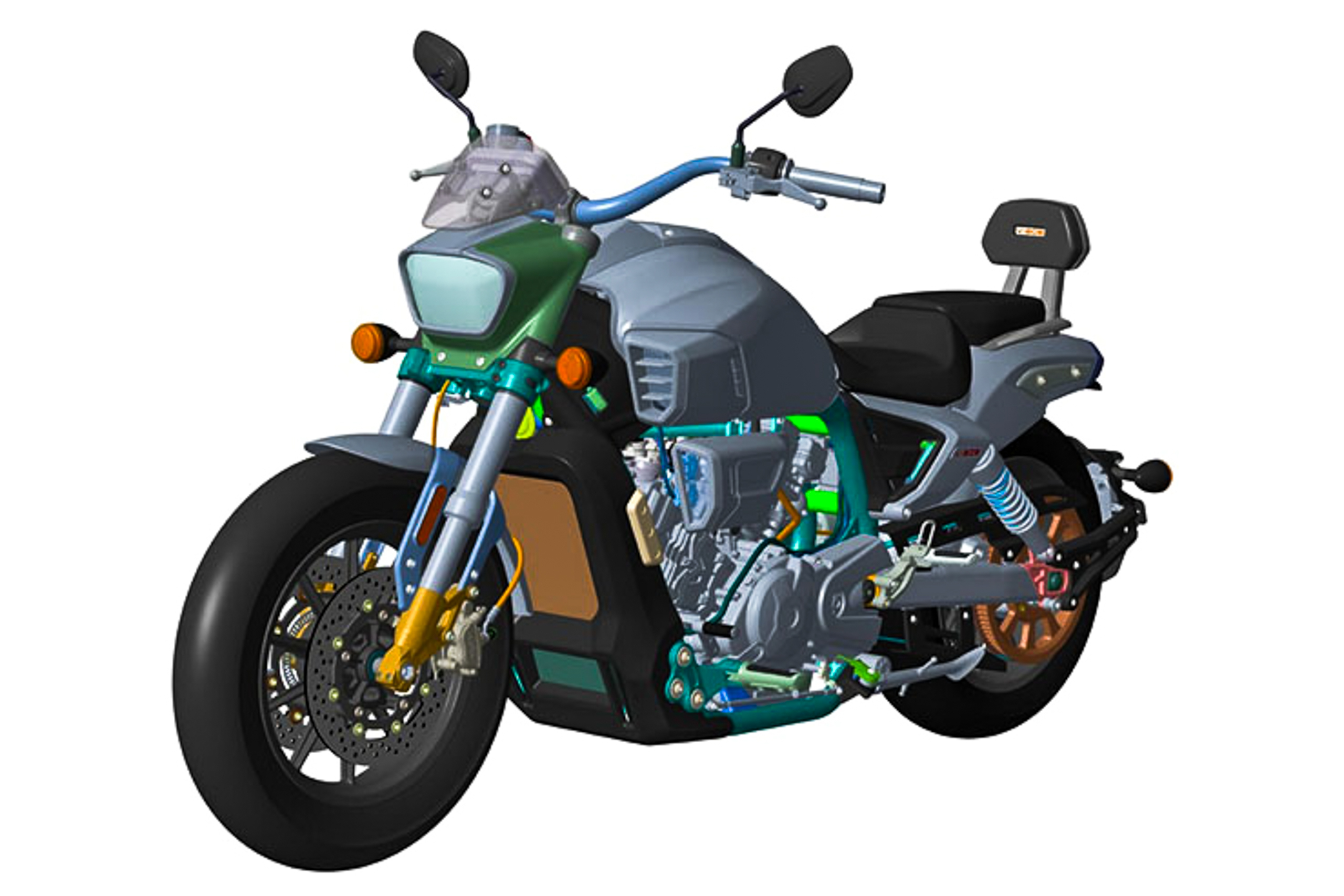 Long before Chinese motorcycle makers offered the large displacement motorcycles we know today, they started with smaller displacement models, typically 150 to 250 cc, many bikers called “Chinese cruisers.” I should know, I had one.

They may have been gone for a while in favor of the more popular scrambling and street styles. But now it looks like these cruisers from China could make a comeback, this time bigger and hopefully better.

Just recently, Longjia, filed a patent for an upcoming production 650cc, V-twin cruiser motorcycle. According to sources, the V-Bob 650 will most likely be powered by the same water-cooled powertrain underneath Hyosung’s GT650 motorcycle. Some sources claim that it is also the same engine as Suzuki’s SV650.

If so, this new cruiser from Longjia could produce up to 70 horsepower and at least 50Nm of torque. For the chassis, it looks like a simple steel construction.

The patent filing also suggests that the final drive of the V-Bob 650 will be similar to that of most Harley-Davidson cruisers, using a V-belt drive typical of cruisers as opposed to a chain drive. The patent also suggests the inclusion of a fully digital panel gauge.

If this goes into production, there’s a good chance the V-Bob 650 will land here in the Philippines, albeit rebadged by a brand established here.