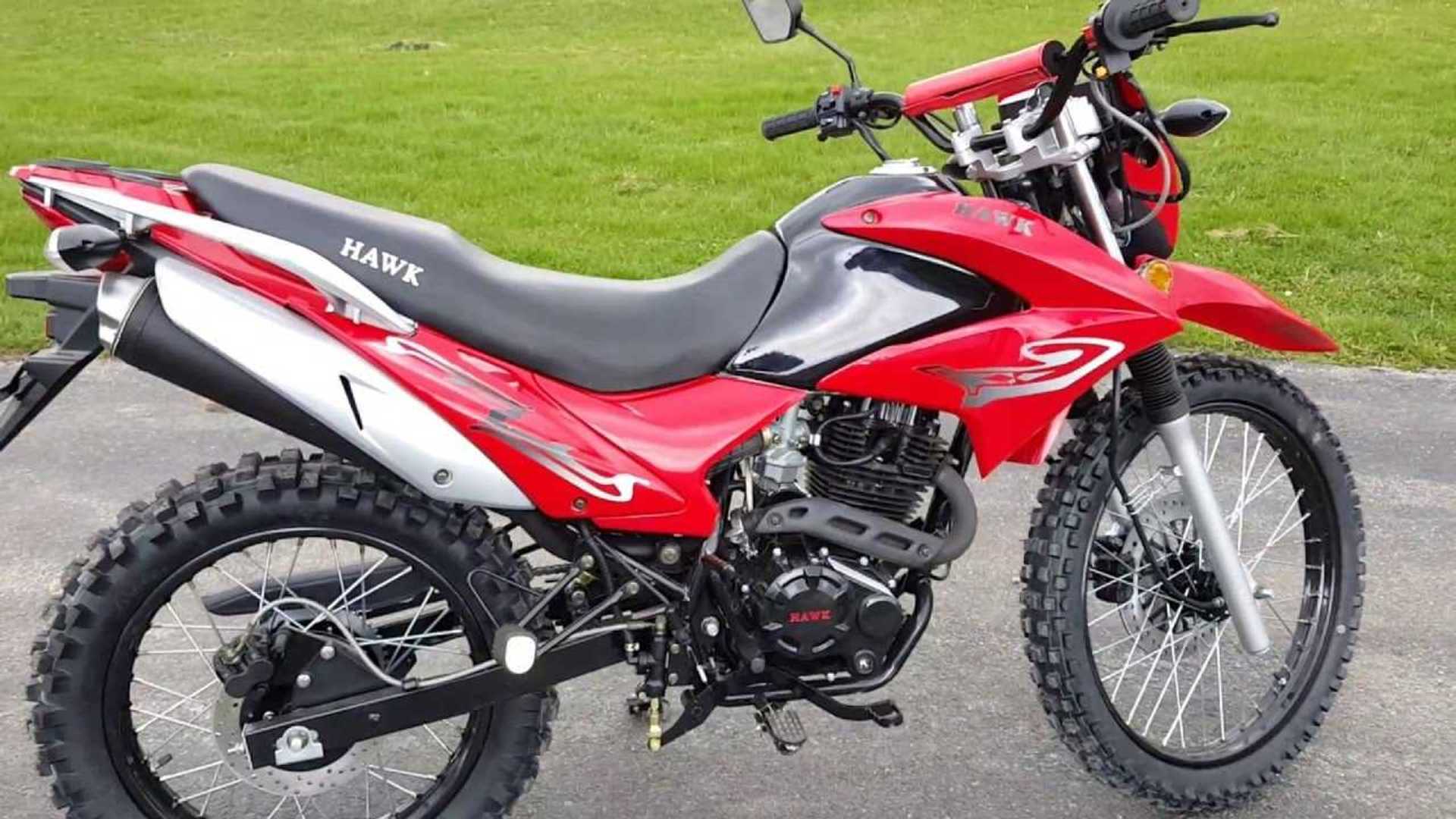 Is a cheap Chinese Dual-Sport good?

When you think of a dual sport motorcycle, you usually think of heavyweights like the Honda Africa Twin or the Royal Enfield Himalayan. You may be thinking of more common motorcycles like the Suzuki DR-Z 400 or the Kawasaki KLR 650 (remains in pieces). One name you never hear in the mix is â€‹â€‹the RPS Hawk 250, but it’s another viable contender in the dual sport world. Better yet, for just $ 1,399, an all-new Hawk costs less than most other dual-sport costing on the used market.

Of course, there is a reason the price is so low. The bike is, uh … cheap. It’s Chinese, which explains both its low price and its reputation. The engine is a direct rip off of Honda’s 229cc single-cylinder engine, an older thumper design that was widely used in less developed countries. Some importers, such as Ricky Power Sports, import these inexpensive bikes and pass the savings on to the consumers who buy them.

You don’t go to a dealership and then come home with a brand new Hawk. You order one from any number of online retailers. The pallet is delivered to your door, and it’s up to you to finish assembling the bike. Some retailers, such as TX Powersports, will assemble it for you for an additional $ 149, but no major assembly is required. Personally, I prefer to finish assembling it myself, which does not require any special tools and would give me the opportunity to thoroughly inspect the bike from top to bottom, tightening each bolt myself.

Another issue is that it may or may not be street legal, depending on the whims of your local DMV. It does not appear on the list of motorcycles approved by the federal government. He’s got all the gear he needs to be street legal, though â€” lights, horn, muffler, it’s all there. Many people were still able to register them for the streets, but some had to overcome a few obstacles to do so, some of questionable legality.

Some may point out that an unnamed brand will have a significant shortage of parts available to repair it and keep it on the road. However, there are plenty of replacement and upgrade parts available, with the Hawk250.com website listing many of them in one place for your convenience. The similarity of the motorcycle to some mainstream Honda models undoubtedly contributes to the availability of its parts.

YouTuber MotoCheez has made a number of videos about its own Hawk, including the good, bad and ugly of the cheap dual sport. It has also made a number of upgrades which improve the performance and reliability of the bike. Watching his videos showed me that the bike may not be as bad as its low price and Chinese origins suggest.

I wouldn’t mind picking up one of my own Hawks someday. I would prefer it as a second bike, a project bike if you will, despite the fact that I would buy it brand new. I wouldn’t want to rely on it to get to work every day, but southwest New Hampshire, where I’m moving, has a seemingly endless supply of gravel and unmaintained roads that a dual sport would be perfect for exploring. I also admit that dirt is my big blind spot when it comes to motorcycles. I have almost no experience with dirt, and what little I do have is mostly crashing using too much front brake. I wouldn’t want to learn the ropes of the earth on a nice Africa Twin, but a cheap Hawk 250 would be a bike I wouldn’t cry on for accidentally smashing a trail, breaking, and then fixing it again. I may need to explore this option more closely at some point.