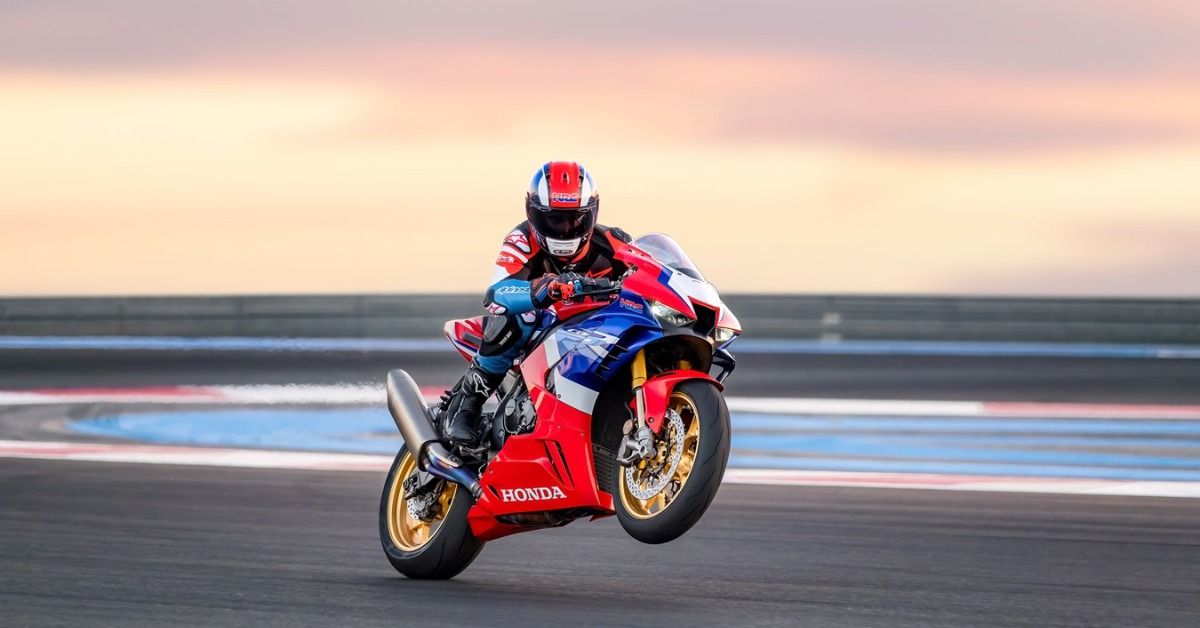 Here’s how the Honda Fireblade was improved for 2022

It’s only been two years since Honda introduced the seventh generation CBR1000RR-R Fireblade at EICMA 2019. In addition to receiving an additional “R”, the new one-liter motorcycle is based on an all-new chassis in aluminum swingarm gets a new 999.9 cc engine, a sharper design and a host of electronic driving aids. As impressive as the new Fireblade is on paper, it fell short of the Japanese automaker’s high expectations in the World Superbike Championship (WSBK) racing arena. Knowing how meticulous Honda is, without skipping a heartbeat, they decided to smooth out the wrinkles and make it a precise and devastating weapon. Some would say that with the iconic nameplate celebrating its 30th anniversary, it could have been another reason to sharpen the current and more powerful Fireblade. Let’s take a closer look at the new updates received by the Fireblade 2022.

Honda believed the current-gen Blade could improve its acceleration out of corners and make throttle response linear and wrist-easy by tackling its high gear ratio issues. The first thing they replaced was the rear sprocket and increased its teeth from 40 to 43 and shortened the final gear ratio for better acceleration. Without getting too technical into the mechanical upgrade, this ensures that the bike manages to keep its horsepower and high-end torque in the mid-rev range while providing stronger throttle response in all gears. Due to this change the chain is longer resulting in a slightly longer wheelbase.

To increase the speed of the airflow and improve its efficiency, the Fireblade 2022 gets a new airbox and revised intake ports. By redesigning and shortening the second and third intake funnels by 15mm, the updated 4-2-1 exhaust optimized flow through the redesigned catalytic converter. The compact and lightweight titanium silencer is designed by Akrapovic. The exhaust valve is also designed with AkrapoviÄ, and it provides both low-end torque and high-end power, while a valve cap stops exhaust gas leaking when closed and keep an eye on noise reduction.

The list doesn’t end there, as Honda either worked on the Honda Selectable Torque Control (HSTC) or just implemented a traction control system with help from the Honda Racing Corporation (HRC). The 2020 model comes with slip rate software which detects a sudden change in the ratio of the front and rear wheels to reduce wheel slip and for the bike to get better grip. The new Fireblade benefits from an improved system that is intuitive, has smoother feedback and even a linear throttle feel.

The new Fireblade retains the same 330mm disc with 4-piston Brembo calipers up front, but now comes with new material and a new surface finish for improved and consistent braking ability on the tarmac and on a racetrack. The top-of-the-line model, Fireblade SP, continues to be fitted with the high-tech Ohlins intelligent electronic control and Brembo suspension and braking equipment, but now features a recently revised electronic quick-shifter. For better stability and better braking performance, the new Blade has borrowed winglets from its MotoGP sibling.

Related: 15 Things We Know About The Fireblade CBR-1000 RR

Born to be wild

Traditionally, the Big H has never been seriously involved in the horsepower numbers game. Sure, it was there and pretty much, but the DNA of Fireblade has been to deliver world class performance for real conditions. Honda has supported this philosophy by believing that its motorcycles should be user-friendly and practical. In 2020, the firm did an about-face and decided to blitzkrieg the competition. The new one-liter engine was sculpted and designed based on Honda’s â€œstreet-legal MotoGP machineâ€, the RC213V-S. With an output of 214 hp at 14,500 rpm and 113 Nm at 12,500 rpm, these figures would not have been possible without borrowing the same 81mm “square” bore and the same 48.5 stroke. mm of the RC213V.

What’s a bit surprising is that the Fireblade was introduced to the world of electronic driving aids in the 2017 model? As mentioned earlier, Honda took pride in rolling out practical sports bikes for the roads. This is why he remained able on the streets of the city, but he proved insufficient on the race track. Honda updated its Bosch Inertial Measurement Unit (IMU) from five-axis to six in the 2020 model, which remains the same for the new version. It has nine levels of traction control, one of which is the least intrusive, two-level ABS modes – Sport and Track, three default drive modes, three levels of engine braking and three settings for wheel control.

The secret to the Fireblade’s handling, balance and weight distribution lies in the diamond-coated aluminum frame and swingarm, made from 18 individual thicknesses of aluminum, both based on the RC213V- design. S. For this reason, the superbike offers more precise high-speed steering, improved stability under acceleration and braking, and a feeling of front and rear grip at the limit. Honda has yet to reveal pricing for the 2022 Fireblade for the U.S. market, but it is expected to arrive at dealerships in the second quarter of 2022.

Designed for superb performance on the track, the CBR1000RR-R Fireblade SP features a new engine and chassis derived from Honda’s RC213V-S race bike.

With over 16 years of experience in the automotive world, I have worked on various platforms like newspapers, magazines, websites and videos. No price to guess, I am passionate about cars and bikes of course and football (soccer). Maybe some days are out of order.