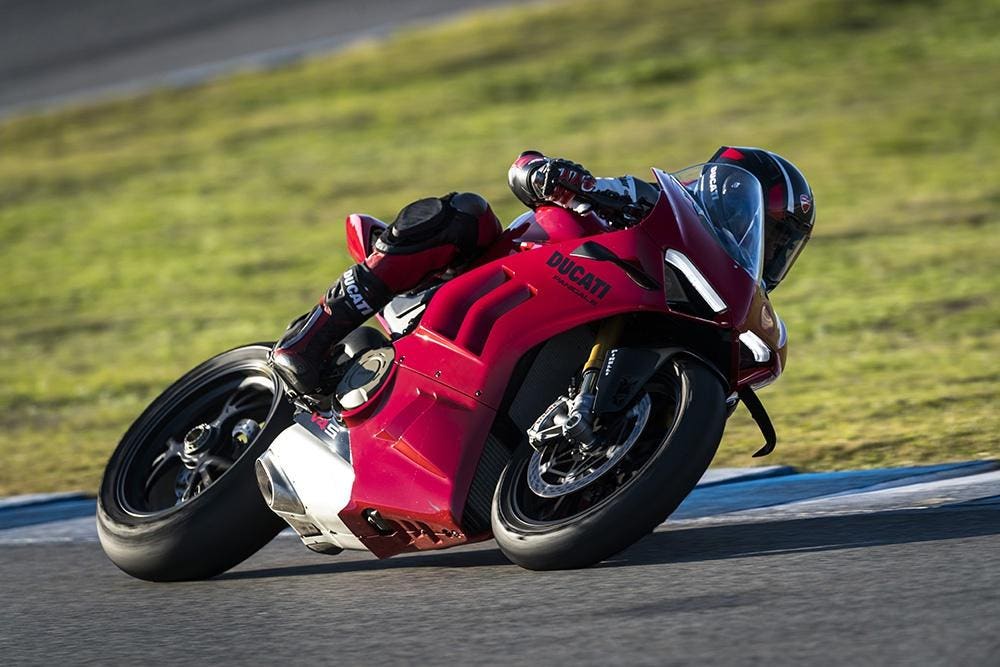 Five 2022 Ducatis to discover this year

Ducati had its best sales year in company history last year – and why not? Their secret is simple – they keep making great bikes. Here are five good reasons why people continue to choose this iconic, stylish, fast and premium brand.

Win the lottery? Company bonus? Here is your baby. At $29,995, you can rest assured that the machine you’re on is one of the best on the planet and everyone in your neighborhood will know it. the 2022 Panigale V4 Sis said to be as noisy as a small jet.

You power this gorgeous piece of bike via a liquid-cooled 1,103cc Desmosedici Stradale V-Four. A close cousin to Ducati’s MotoGP prototype, your engine shares the same 81mm cylinder bore, 90-degree layout and counter-rotating crankshaft. It is also, thankfully, designed for both the amateur and the professional, so it will work as a first round.

A few other neat facts: The first, second and sixth gears of the transmission have been lengthened by 11.6%, 5.6% and 1.8%, respectively, to allow for greater flexibility in slow corners, as the rider doesn’t have to work so much on the gearbox. at lower speeds. This is a game-changer for trail enthusiasts or people who just don’t like having to slow down for any reason. An electronic quickshifter lets you shift gears without touching the clutch. The engine also benefits from an updated oil pump to alleviate the loss of pumping power and the exhaust outlet has been increased by 18%, reducing back pressure.

The engine produces a ridiculous 90.6 lb-ft of torque at 11,000 rpm and 210 hp at 12,500 rpm, Ducati says. That’s slightly less than last year’s Panigale due to current Euro5 regulations. Those yearning for more speed can opt for an Akrapovič DP3-spec titanium exhaust (closed-course use only).

The fabulous DesertX comes in just one color, Star White Silk, perhaps a unique choice for a bike that’s aimed squarely at mud, dirt, gravel, sand, branches and other non-pavement. You fly in and over the dirt via a particularly wicked 110 horsepower version of the Multistrada V2’s 937cc Testastretta L-Twin.

Each of these modes, of course, adjusts throttle response and engine output as well as various electronic assists such as rear wheel control, engine braking, cornering ABS, traction control and a quick shifter. Up down.

A 6-speed transmission is tuned specifically for off-roading, with a shorter ratio for your first five gears, especially 1st and 2n/a. For the highway, your 6and speed allows for better mileage and smoother running The DesertX weighs in at a relatively svelte 492 pounds. (Price to come.)

They call it “the sportiest Multistrada ever,” which is saying a lot, because Ducati is best known for its sporty motorcycles. The motorcycle is equipped with a 170 hp V4 Granturismo engine influenced by the legendary Borgo Panigale Multistrada V4. That means a dedicated riding position, 17-inch front wheel with sport road tyres, single-sided swingarm, Öhlins suspension and an all-new racing riding mode.

There’s so much to sink your teeth into – performance, smoothness and reliability in tandem with centralized weight, ease of handling, rider and passenger comfort, state-of-the-art gear and electronics. , are the cornerstones of the Multistrada Family V4 – and that’s not just a boast. From these solid foundations, the new V4 Pikes Peak has been developed by introducing significant changes in terms of chassis configuration, high-end ergonomics, electronic controls as well as numerous dedicated components, which give this bike $29,000 a significantly sportier attitude compared to the Multistrada. V4.

The riding position has also been completely refreshed – the footpegs are higher and set back to increase the maximum lean angle, while the handlebars are lower, narrower and curved.

Ducati says its 392-hp Streetfighter is actually a Panigale V2 stripped of its supersport coating, with additional modifications. For example, the engine is the 955cc Superquadro 90° V-Twin which also powers the Panigale V2. The engine and chassis retain their structural relationship; the engine is even rotated 21° rearward to contribute to the bike’s short 58.7 inches. wheelbase.

Power is transmitted to the rear wheel via a six-speed transmission controlled by an anti-jump wet clutch, featuring a servo system that minimizes the torque transferred to the engine during hard deceleration. A hydraulic clutch or quick up/down shifter are standard features.

Oddly, for a unit with a $16,995 sticker, there’s no cruise control, heated grips or fuel gauge. But there is so much more. Check it here.

The top-of-the-line Streetfighter V4 SP model comes in an exclusive numbered version, marked with the legendary “SP” (Sport Production). The Streetfighter V4 SP is described as “the most adrenaline pumping naked bike to ever roll its wheels off the Borgo Panigale production line”. That’s good enough for us. $35,550 and it’s yours.

Aesthetically, the SP stands out from the pack thanks to its “Winter Test” livery, which Centro Stile Ducati created taking inspiration from the bikes used in MotoGP and SBK pre-season testing.

New carbon rims, 3 lbs lighter than those of the Streetfighter V4 S, significantly reduce the moment of inertia and contribute to an overall weight saving of 6.6 lbs.

Your 1103cc Desmosedici Stradale engine features a counter-rotating crankshaft, “Twin Pulse” firing order, rated at 208 HP and 90.4 lb-ft of torque at 11,500 rpm /min. The STM-EVO SBK dry clutch ensures a more effective anti-jump function but also reproduces the characteristic sound that Ducatisti appreciates so much. The full range of equipment is completed by the Ohlins Smart EC 2.0 suspension and the Brembo Stylema R® braking system with front calipers.