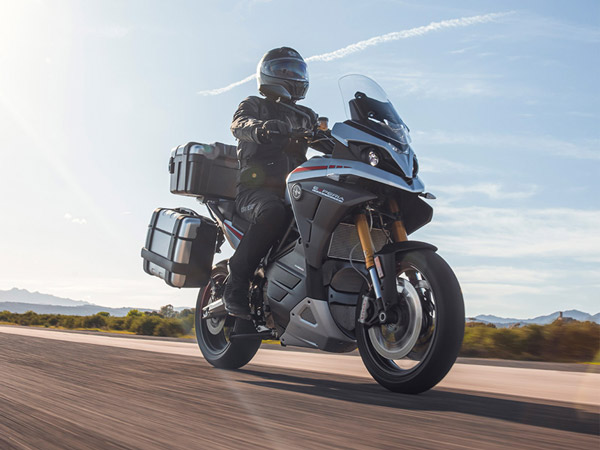 Energica Experia electric touring motorcycle with more than 400 km of autonomy: will it be launched in India?

Sightseeing on a motorcycle is one of the best things you can experience in your life. Exploring distant places while having the feeling of wind in your hair is something that cannot really be explained but just begs to be experienced.

Although there is an electric vehicle revolution underway in the automotive world, tourism was an area where electric motorcycles could not really prove themselves. The reason is simple. Electric motorcycles have limited range and range is everything in the world of touring.

Most petrol motorcycles intended for touring use a large fuel tank and even if the tank is not big enough, refueling can be done in just a few minutes, making them perfect for touring. The same cannot be said for electric motorcycles.

Now, however, it looks like Energica is about to change that with its latest motorcycle. Energica is a performance electric motorcycle manufacturer based in Italy. His other two motorcycles named Ego and Eva have a top speed of 240 km/h and 200 km/h respectively. Motorcycles accelerate from 0-100 km/h in just under 3 seconds!

They are very fast electric motorcycles. However, with its latest motorcycle, Energica has focused more on range than outright performance. It’s called the Experia and right from the start it seems like the perfect tourer.

For starters, Energica has developed an all-new tubular frame specific to the Experia only. Next comes the battery, battery monitor and motor specifically designed for touring needs. The images of the bike also show a rather relaxed and upright riding position which will make it a bit easier for riders to cover longer distances.

More importantly, the lineup is just awesome. Energica claims the Experia has a range of 418 kilometers at city driving speeds. Of course, this is an electric vehicle that will lose some range when you hit the highway thanks to the higher speeds. However, with a real range of 257 kilometers on the highway, the Energica Experia seriously impresses.

The fast charge offered is added to the large levels of range offered. The Energica Experia can be fully charged in just around 40 minutes. The motorcycle is powered by a 22.5 kWh battery which the company says is the largest battery in a motorcycle to date.

The battery sends juice to a unique PMASynRM motor. It is a high-tech motor that combines the advantages of a brushless motor and a brushed motor. As a result, the performance is excellent and the engine is also very efficient. In terms of power, the engine has a peak power of 102 hp and a peak torque of 115 Nm.

Energica has packed the Experia with a lot of technology. This includes a digital cockpit with multiple driving modes. Eco, Urban, Rain and Sport are the riding modes that come with the bike. Apart from that, there are rider profiles which can also be customized.

As expected, the Experia also has regenerative braking and there are four regen maps – high, medium, low and off. You also get forward and reverse assist at low speeds to help you park the bike.

In terms of hardware, the Energica Experia gets top-notch cycle parts. Braking is provided by dual 330mm discs up front with radially mounted 4-piston Brembo calipers. Suspension is provided by a 43 mm inverted fork at the front and a monoshock at the rear. The suspension is fully adjustable.

In 2019, it was reported that Energica was launching its motorcycles in the Indian market as fully built units. The brand was expected to arrive by the end of 2020. However, the pandemic seemed to have other plans in mind for the world and Energica’s launch in India didn’t quite go to plan.

Now though, if the brand is still interested in entering India, the Experia seems like the perfect model to start with. The Energica Experia will certainly outsell the Ego and Eva. Indian motorcyclists love to tour and many of the Energica Experia motorcycles sold in India will be put to good use.

Pricing for the Energica Experia has yet to be revealed. However, its price is expected to be a bit lower than the Energica Ego which costs around 23,000 pounds (Rs 22.51 lakh). If Energica launches the Experia in India, we expect it to be priced at around Rs 18.5 lakh, ex-showroom. This is a great price for everything Energica offers.