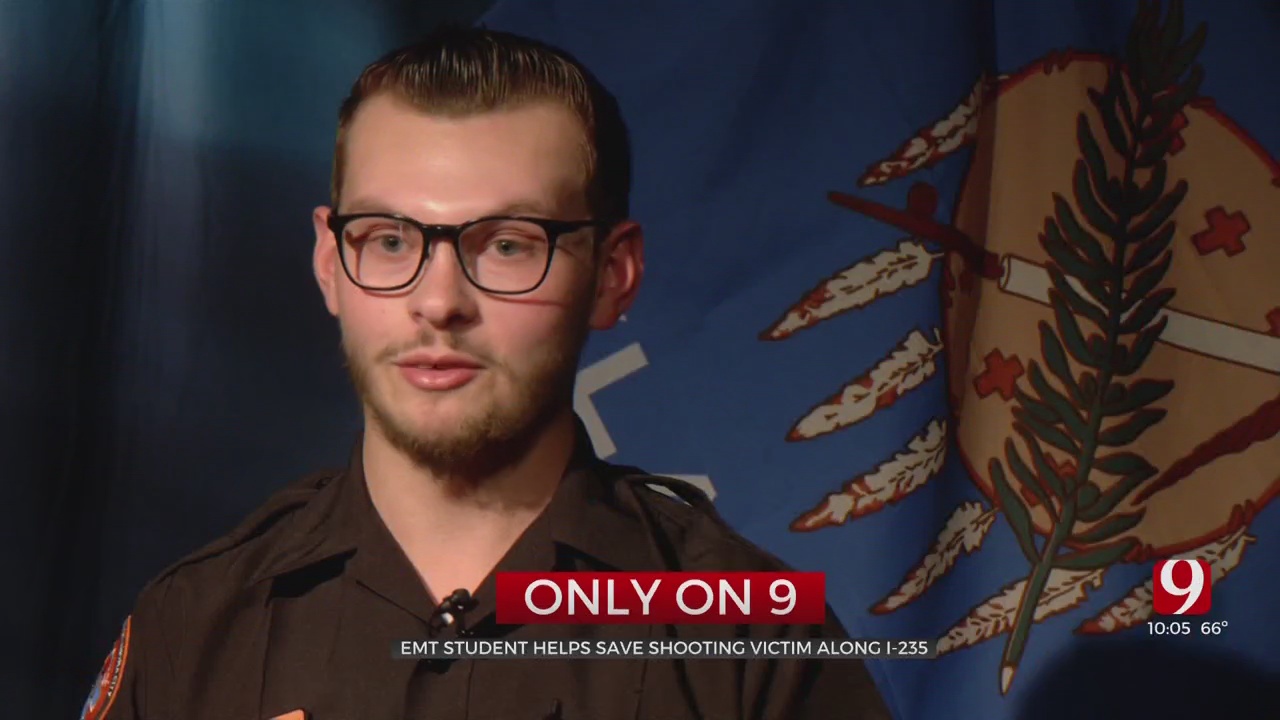 Josh Tunney said situations like these motivate him even more to complete his education and help more Oklahomans.

Tunney was returning from active fire practice around 5:30 p.m. on April 30.

Suddenly, the EMT student found himself putting his training to good use.

“I feel like if I hadn’t been there, he definitely could have died,” Tunney said.

“It was a road rage incident that happened out there on the freeway,” said Dillon Quirk, assistant public information officer for the Oklahoma City Public Department. “Another vehicle had cut off the biker at which point the passenger in that vehicle fired a bullet at the biker.”

Twenty-four-year-old Cade Vannoy was driving with a gunshot wound on his motorcycle. He stopped when he saw Tunney on the side of Interstate 235.

“This motorist pulled over, passed my vehicle on the side, just pulled his vehicle up against the barrier and I was a little nervous,” Tunney said. “He said, ‘Call 911! Call 911! I got shot.

“I put my gloves on, got him off the bike and he started going very pale and diaphoretic immediately,” Tunney said. “I took off his shoe to check that there was a lot of blood. It was just gushing. I didn’t want to leave him because I felt like if I did, I feel like he would be dead.

Tunney applied pressure and put on a tourniquet to stop the bleeding. Police arrived minutes later, helping to keep the victim conscious until EMSA arrived.

“It’s on the highway. There are other drivers on the road, so luckily it turned out better than it could have,” Quirk said.

“He turned around to say ‘Thank you’ as he was being loaded into the ambulance,” Tunney said. “I was glad I was able to help someone.”

Police have not identified the suspect but say he was driving a 4-door sedan.