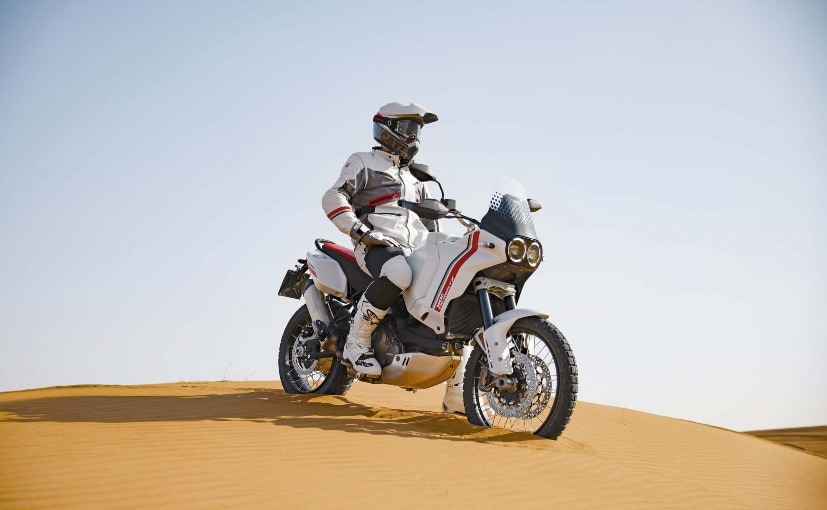 The Ducati DesertX made its world debut as an adventure bike inspired by Ducati’s iconic Dakar machines from the 90s. The bike will arrive in India next year.

Ducati saved the best for last as part of its six-part motorcycle teaser campaign as it unveiled the new DesertX adventure motorcycle. The Ducati DesertX 2022 is taking shape as a production-ready motorcycle after starting life as a concept in 2019 at EICMA. The new DesertX brings retro charm with the ability to go anywhere and there are a lot of cool elements that make us eagerly await its arrival in India. The DesertX gets a charming retro style design and the Ducati 937 cc, Testastretta L-twin which is used in the Ducati Panigale V2, among other models. On the DesertX, the motor has a slightly different tuning state, as well as different gears. 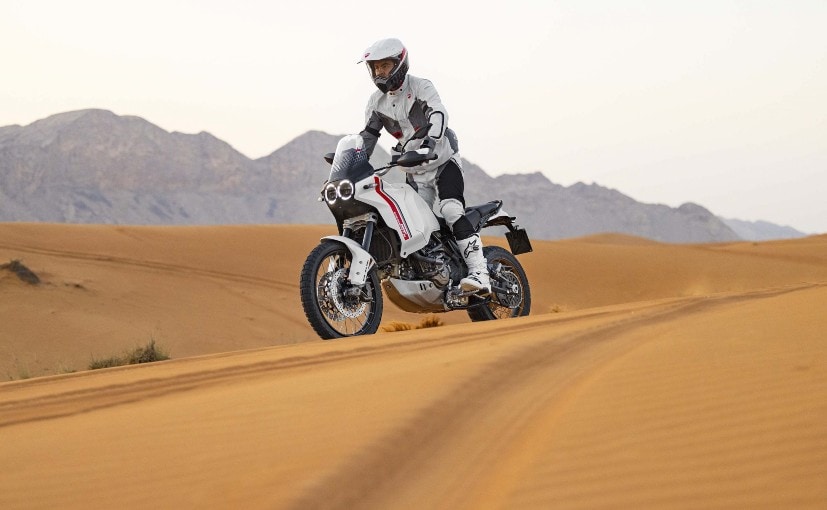 The Ducati DesertX stays pretty close to the concept with dual pod LED headlights taking inspiration from Ducati motorcycles that raced in Dakar in the 1990s. The bike rolls on 21-inch front and 18-inch rear spoke wheels with a tubeless design. The bodywork also closely follows the Dakar bikes also serves this purpose with two fuel tanks under the hull.

Essentially, the main fuel tank has a capacity of 21 liters, while a second rear-mounted auxiliary tank is available with an additional capacity of eight liters. Fuel transfer from the front tank to the rear tank is activated when the fuel level drops below a certain point in the main tank. The bike then prompts the rider to change the fuel source. 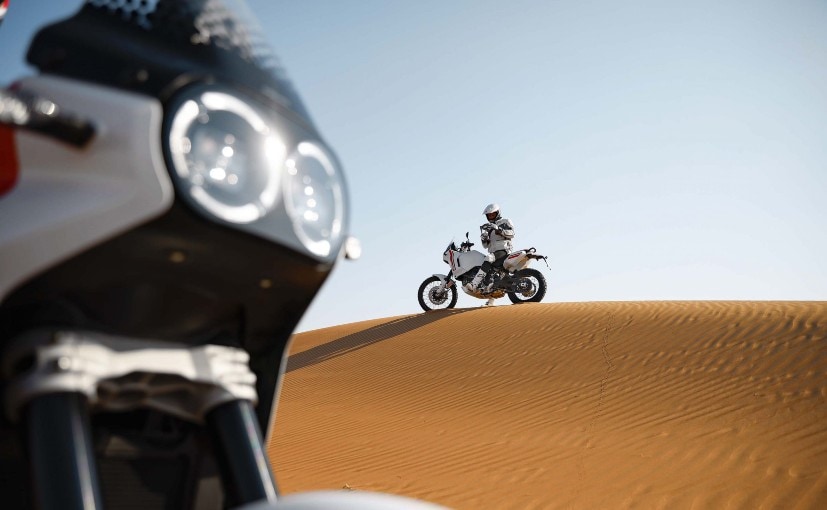 Power-wise, the Ducati DesertX swapped the concept’s air-cooled engine for a more practical 937cc Testastretta 11-degree twin-cylinder engine that also works on the Multistrada 950 and the new Monster. The engine develops 108 hp at 9250 rpm and 92 Nm of maximum torque at 6500 rpm. The engine is mated to a 6-speed gearbox with a wide-ratio setup with shorter first and second gears that help crawl, while the higher sixth gear aims for better highway touring ability. 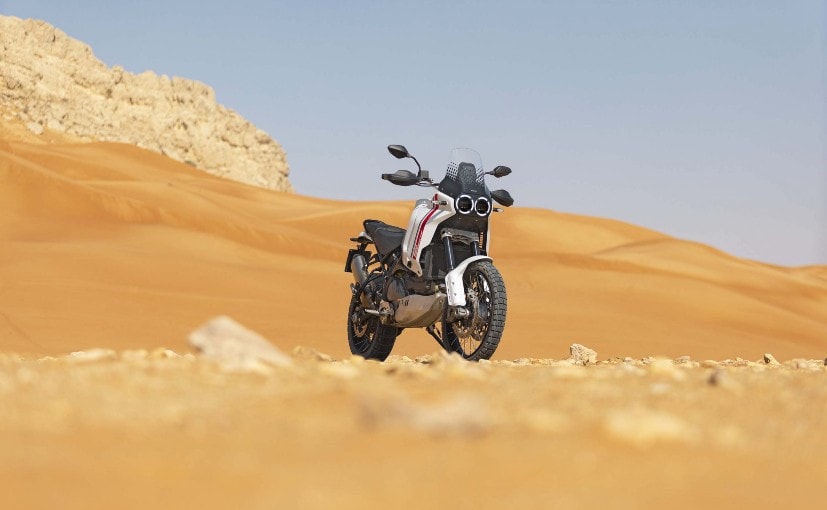 Suspension functions are provided by Kayaba with 46mm front forks with 230mm travel. The rear receives a single shock absorber with 220 mm of travel. The seat height on the bike is 875mm with a ground clearance of 250mm, making it quite a challenge. But expect the option of a lower seat height on the bike as an accessory. Braking performance comes from Brembo with M50 four-piston calipers with dual discs up front that use an axial master cylinder. 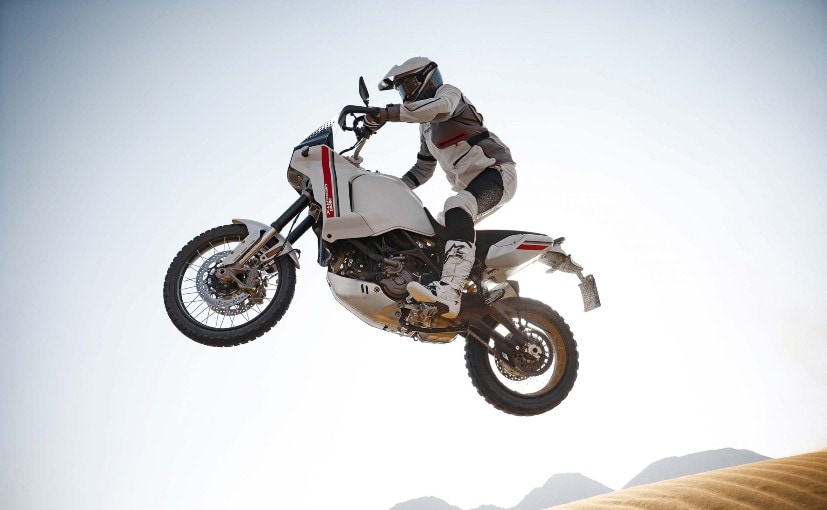 As for electronics, the DesertX will have six riding modes, including Enduro and Rally modes. There is also cornering ABS which can be completely deactivated in the two off-road-specific driving modes. All controls are accessible using the 5 inch TFT screen while electronic aids on the bike include IMU assisted traction control, wheel control, engine brake control, cruise control and a two-way quickshifter. Ducati claims an empty weight of 223 kg on the DesertX. The motorcycle is expected to arrive in India by the end of 2022.