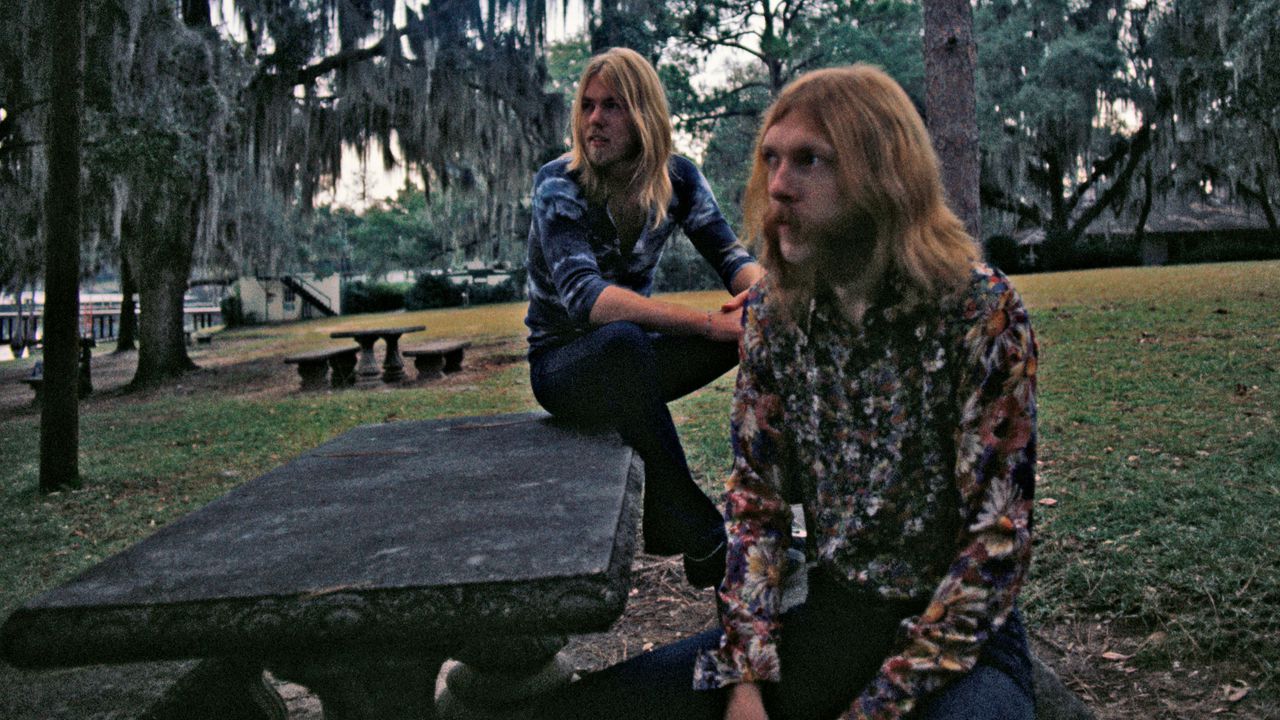 There’s a secret homage to Gregg and Duane Allman on Jimmy Hall’s new album, and even producer Joe Bonamassa, who helped shape the song, didn’t know who wrote it at first.

Hall’s “Ready Now” was released September 16 on Bonamassa’s Keeping the Blues Alive label. It opens with two blues tracks, then changes gears dramatically with the third song, “Dream Release.” It opens with trumpet, flugelhorn and French horn backed by lightly strummed acoustic guitar and piano. The opening lines are a mouthful, and Hall seems to draw inspiration from his youth in church music by infusing them with melody:

“These days, when I think of you and all the miles you’ve walked, it’s true, yes it’s true / The way we played those years, cast all our fears away, that was real, yes it was / I see so many people standing there and look now send me a sign / We give life to the spirit in our voice / It lifts me up and I feel alive!

“Family is big to me,” Hall said. “I have three sons, and they all have musical abilities that they’ve used all their lives.” (For anyone familiar with the Hall family, this should come as no surprise.)

RELATED: Jimmy Hall is “Ready Now”, with the help of Joe Bonamassa and his friends

As the album took shape, Hall said, his eldest son, James Ryan Shelton Hall, had a “milestone birthday” and set two goals for himself. One was to run a marathon, which he did in March; the other was to get a song on the new album on merit.

“Ryan can be a poet, and he’s written some great poetry before,” Hall said. “It’s poetry, not music. He showed me the lyrics and it’s so intricate and I just knew it was going to be special.

It is a well-known story of triumph and tragedy. The brothers’ father was murdered in a robbery when Duane was 3 and Gregg was 2. Duane died in a motorcycle accident in 1971, just as the Allman Brothers Band was breaking through to hard-earned fame .

“The subject, as it [Ryan Hall] described it to me, it’s about Gregg Allman and Duane Allman, and their brotherhood and their relationship, and growing up as two brothers…and the big brother is kind of a father figure,” Hall said.

Hall grew up in an intact family, but said he could relate, thanks to the childhood relationship between him and his older brother (and Wet Willie bassist) Jack Hall.

The song is inspired by “These two brothers growing up and learning music and really perfecting their music craft and having their band together and starting a very successful career in the early 70’s and just having a lot of success even for that short time who Duane was alive,” Hall said. “And [Duane] does all these things and he actually leads the Allman Brothers, I mean he was really the leader of that band… And then losing Duane so early in the band’s history and in Gregg’s life, for the then losing and then Gregg having to go on as the only Allman brother, and also feeling, ‘What am I doing here? Why do I have to stay here and my brother is gone and I have to carry on this whole band and career and legacy? And the ups and downs of Gregg’s life, then getting to a good place later in life.

“Every time I write these words it’s all I can do to serve your soul and mine too.” Hall sings. “And when they tell these stories, our spirit of joy prevails, light fills these nights.”

Hall said he did not initially let Bonamassa know who wrote the song; he didn’t want it to receive undue preference as they sorted through the material. But Bonamassa immediately latched onto it and considered a deal.

“Joe really helped form the style,” Hall said. “When he first heard the demo, he said, ‘I hear French horns on that. I said what?’ He said ‘Yeah. It’s gonna be so cool’ I just saw, a fire started burning. His eyes were open and he was saying, ‘I can hear that.’ »

Hall said it was a pleasure for the song to get positive response. There’s nothing in the lyrics that discusses Allman’s name, or announces his inspiration, but for him it’s personal. During the band’s Capricorn Records era, Wet Willie crossed paths with The Allmans extensively. Hall worked most closely with Gregg in the mid to late ’90s, when Gregg was achieving sobriety after two decades of heavy drinking and drug abuse.

“I feel like he carried a lot of guilt,” Hall said. “And I was around him. I played with Gregg in Gregg Allman & Friends from about 1994 to 1998. Every year we did a Gregg Allman and Friends tour. So I saw him at a time when he decided to get sober.

Alan Light, the author who worked with Allman to produce his 2012 memoir “My Cross to Bear,” said the guilt was real, in a PBS Newshour interview following Allman’s death in 2017.

“I think this recurrence of tragedy in his life, from the murder of his father when he was two years old, to the loss of so many of his bandmates – there was a quality to Gregg that was really haunted by it all, ‘ Light said. “It was all very present, especially the relationship with his brother. You really feel like not a few hours in a day go by that he doesn’t think about Duane. It was something he constantly called in conversation and in his thoughts.

“There was the whole emotional challenge that came with it,” Light said. “The emotional challenge of going out with the Allman Brothers Band every night while you’re the surviving Allman brother. And obviously that’s never on your mind. But there’s also one aspect that I think it’s leaned on for power and focus, a reminder of why he was doing this He was always very adamant that the band was Duane’s vision…so there was a part of him who felt like it was his responsibility to live Duane’s vision, and as hard and difficult as it was, that’s kind of what the job was.

Sobriety paved the way for dealing with some of that emotion, Hall said.

“He had to get sober and he did, and at one point he just let go of that guilt and that feeling of, ‘Why am I still here when my brother isn’t here?’ and then in Gregg’s later life…maybe in his final days he looks up at the sky and says, ‘I’m coming to see you brother, we’re gonna be reunited and it’s gonna be a beautiful thing.'”

“I hear you playing up there with him

So now it’s time to come together, I feel your voice

‘long side of mine

Let’s all rejoice and let out

It will be fine now.